PRESS RELEASE: Americans View Legalization As A Success So Far

States that have legalized recreational marijuana don’t seem likely to regret it.

That is a particularly strong belief in Colorado, where citizens were among the first-in-the-nation to vote in favor of recreational weed in 2012. Today, about a quarter (26%) of Coloradans say the state-level recreational cannabis laws have been a “success only” and another 45 percent say they have been “more of a success than a failure.” Fewer than one in five (17%) believe the laws have been “more of a failure.” 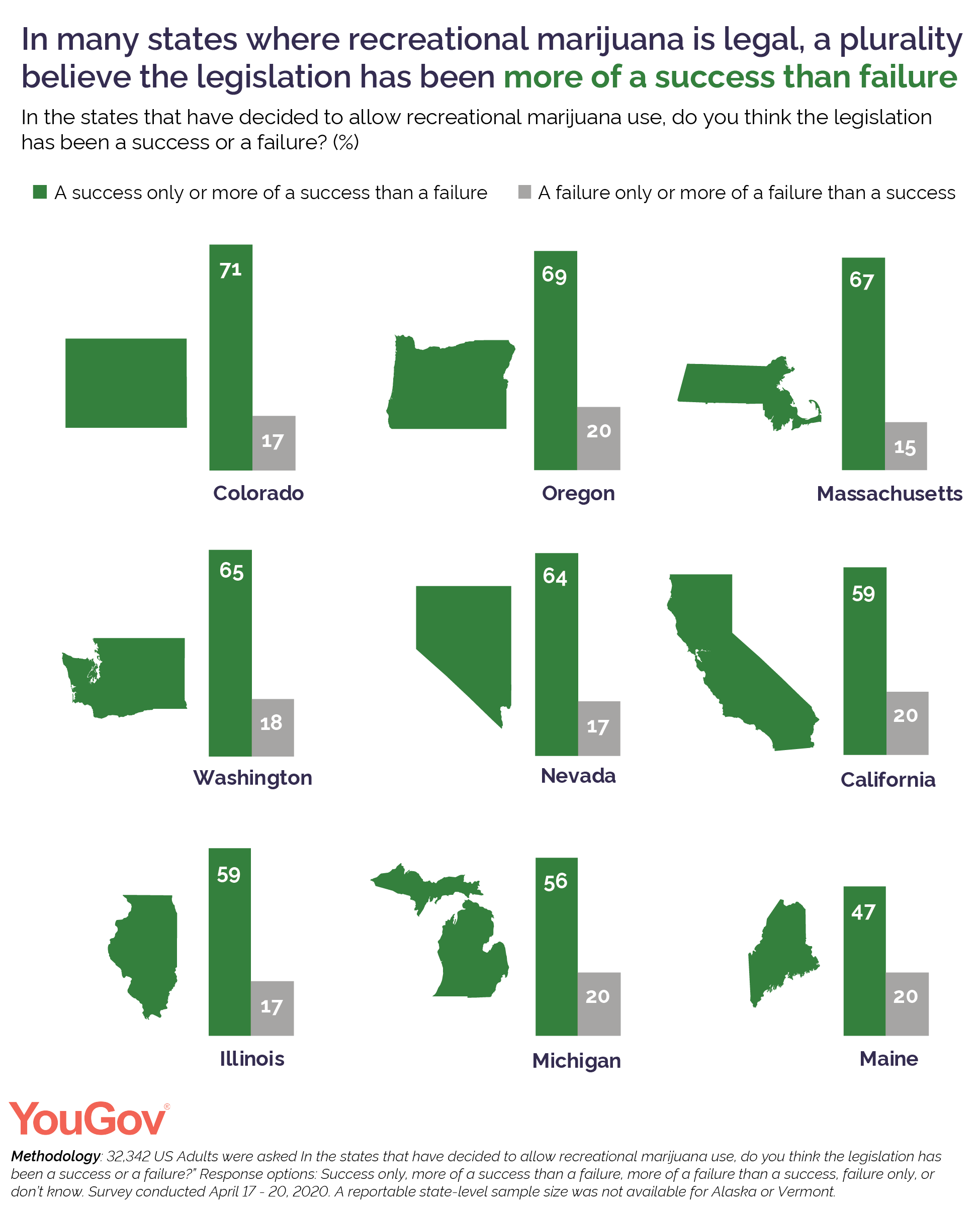 While decriminalized marijuana and approvals for medical marijuana became popular in the 1970s and 1990s, recreational marijuana was not legalized anywhere in the United States until 2012. Now, recreational marijuana is legal in 11 states—Washington, Oregon, Nevada, California, Colorado, Michigan, Illinois, Massachusetts, Maine, Alaska, and Vermont—with more states considering the legislation this year.

Methodology: 32,342 US Adults were asked: “In the states that have decided to allow recreational marijuana use, do you think the legislation has been a success or a failure?” Response options: Success only, more of a success than a failure, more of a failure than a success, failure only, or don’t know. Survey conducted April 17 – 20, 2020.

There were 686 people surveyed from Washington, 495 from Oregon, 409 in Nevada, 2949 in California, 633 in Colorado, 844 in Michigan, 1210 in Illinois, 546 in Massachusetts, and 133 in Maine. A reportable state-level sample size was not available for Alaska or Vermont. The sample is weighted to provide a representative sample of the United States.